Back to Knowledge
Cautionary tales: How returning from parental leave could have gone so wrong
by Martin Woolley, CEO of What's Possible Group

Spending a year away from a rapidly-changing media industry can be tough, particularly if you’ve been looking after a baby. But planning for change can help a lot. 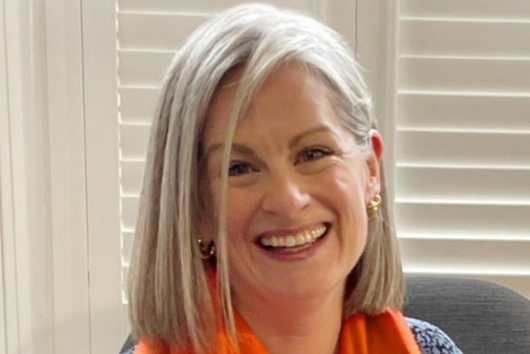 This story was originally published on Mediatel News.

What was harder to prepare for was quite how much had changed in the year she was away from the business.

There was a moment, sitting outside a pub with her boss, that Verity Brown realised something had gone very wrong with her return from maternity leave.

She’d begun to write down what parts of the business she was supposed to run now she was back.

As she puts it: “When I’d written down what I saw as four distinct roles already and then heard I was also supposed to help launch our international service, I realised something had gone seriously wrong.”

Verity is now MD of The Specialist Works* and is mum to two young kids. Her second return to work has gone far more smoothly. What had gone so wrong first time around? (*Full disclosure – TSW is part of What’s Possible Group where I am CEO)

Before heading off to have her first child, Verity – board director and a planner by trade – had put plenty of preparation in. She’d read widely, spoken to friends about their experiences and thought through in detail how she’d approach balancing motherhood and a demanding senior role. She’d decided to work four days a week and planned clear boundaries between work and home.

She was fully expecting motherhood to be a steep learning curve – including the return to work, but she was prepared for that.

What was harder to prepare for was quite how much had changed in the year she was away from the business. Agencies can be fast-evolving environments. That added to the challenge. There had been even more change that year due to an MBO. Still, that doesn’t explain everything that had been earmarked for her while she’d been on maternity leave.

As Verity puts it: “30% of the challenges I faced post-maternity leave was the personal adjustment to life as a working parent, but the other 70% were the challenges caused by no one holding a understanding of what my contribution could and should be to the business on my return.”

Too much was assigned for her to direct – strategy work, team management, leading innovation, and client work. It had built up. Little by little, decision by decision. By the time she came back, there were “four or five jobs-worth” of business areas earmarked for her.

Alongside the scale of the role that had snowballed in her absence, there had not been enough thought given to how hard it can be reintegrating into a much-changed business after a year away.

It was a torrid six months. As Verity says, “it became overwhelming, and it really knocked me. The boundaries I’d set for myself were hard to enforce – especially with clients. I found it hard to draw the line. I didn’t feel like I was doing justice to my daughter or my job.”

It took a while to work through the issues, but eventually that did happen.

So, when she was approaching her second maternity leave, Verity took the previous experience as ‘what not to do’.

She sat down with her boss to plan, agree and – crucially – write down how to get it right next time she returned.

As Verity says: “It helped to think about what I was good at, what I enjoyed doing and what I should, and shouldn’t, spend my time doing.”

They discussed in depth what might change in the business over the next 12 months and where Verity could play her best role.

That document proved invaluable. Colleagues could refer to it as they planned for her return, it helped Verity “tune back in” as she prepared to come back.

Even six months after she came back, it provided a useful “fixed point of reference” to assess how things were going. She’d been promoted to MD, but the principles planned 18 months earlier were still valid and valuable.

Verity has shared this process with colleagues planning their first maternity leave. And crucially, also with their managers.

As she says: “Coming back from my first maternity leave was one of the hardest things I’ve done. It shouldn’t have been as tough as it turned out, so I hope I can help others to learn from my experience.”

Cautionary Tales is a fortnightly column by What’s Possible Group CEO Martin Woolley, who is on a quest for embarrassing and teachable lessons in media